Meet Candida Powell-Williams, winner of Mother Art Prize 2018, hosted by Procreate Project on Zealous. Procreate Project aims to support the development of contemporary artists who are also mothers, working across all art-forms.

Candida creates sculptural landscapes which function as platforms for performance. By referring to our identity as subjects straddling physical and digital culture, Candida confronts the ways in which our online experience is impacting sculptural discourse. 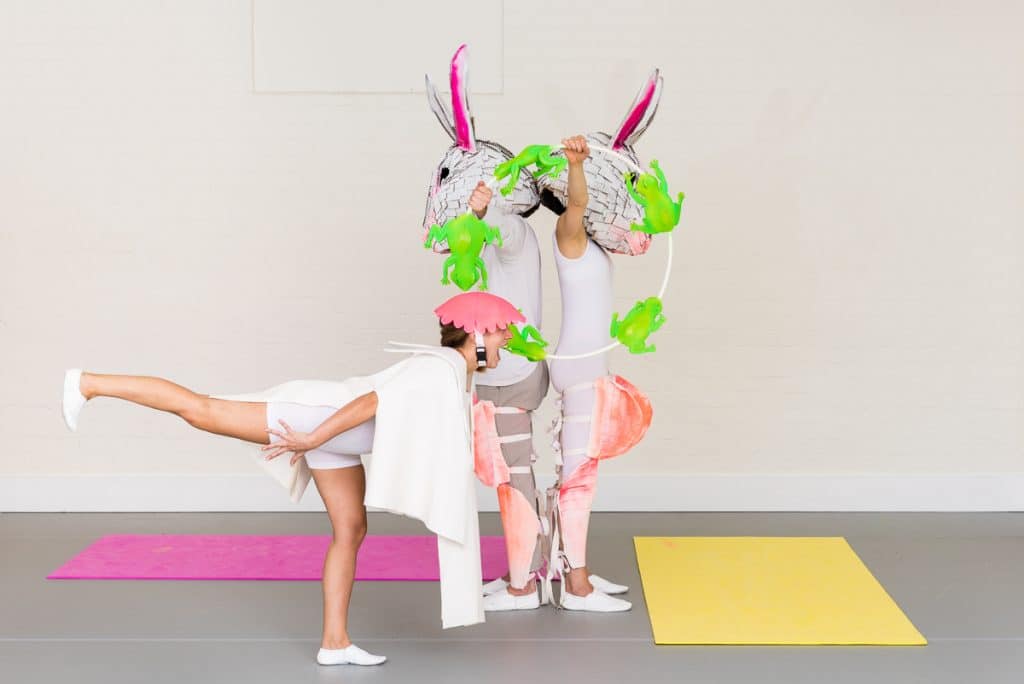 Boredom and its Acid Touch

Hi Candida, congratulations on winning Mother Art Prize 2018! Could you give us some insight into your artistic process? Particularly on how your installations function as platforms for performance.

Thanks, it’s an honour to have been awarded it. I make installations because I’m interested in collections of objects. I want these to be experienced in motion – walked through or activated by the body in some way. I’m very influenced by theatre – the stage; the odd relationship to scale; the proscenium (or lack of); the relationship between real and artificial; trickery and suspension of belief. A lot of playwrights have also been influential to me.

I think a great deal about boundaries, materials, colour and composition – formal things which might activate a bodily response to the themes behind my work. Activating the space for performance means a narrative comes into being, and then when the installation goes static again, the space becomes imbued with a memory.

Within your body of work there is a great deal of emphasis on historical artefacts and narratives, how does your Fountain of Tongues piece relate to your exploration of history?

The Fountain of Tongues comes from an installation The Vernacular History of the Golden Rhubarb which explored the fetishism of historical objects in Rome. I’m interested in the slippage that occurs between a historical object and its interpretation or reinvention in popular culture. I start by finding an object interesting and then try to unpick why. In the process I allow a web of associations to build up; which in this case, stretched from the Vatican archives to Dan Brown’s novel, The Da Vinci Code.

I do a lot of drawing and eventually a sculpture begins to emerge. It is my memory of that original object, which has gone through a washing machine, so it’s all jumbled up with other references.  This wobbly fountain pumps water around a pinecone made of tongues.

The pinecone shape came about because of the mystical and important role of pinecones in the city of Rome. Pinecones are a prevalent classical decorative ornamentation and have been used to symbolise enlightenment, spirituality, the third eye and Pineal Gland. Tongues are a site for pleasure and communication, emphasising a bodily experience of drinking, talking or an exchange of fluids.

In Rome there are over 2000 fountains. The Romans were experts at moving water around – meaning they could provide it for crucial trades from mines and farms to mills and gardens. As well as the famous fountains such as the Trevi, there are hundreds of drinking fountains tucked away in quiet squares where all you can hear is the trickling sound of water. These are often a social meeting point.

In the making of the sculpture, I started to think of it as a sort of mythological creature, something made of hundreds of disembodied or dismembered tongues – all of them trying to drink or whisper. 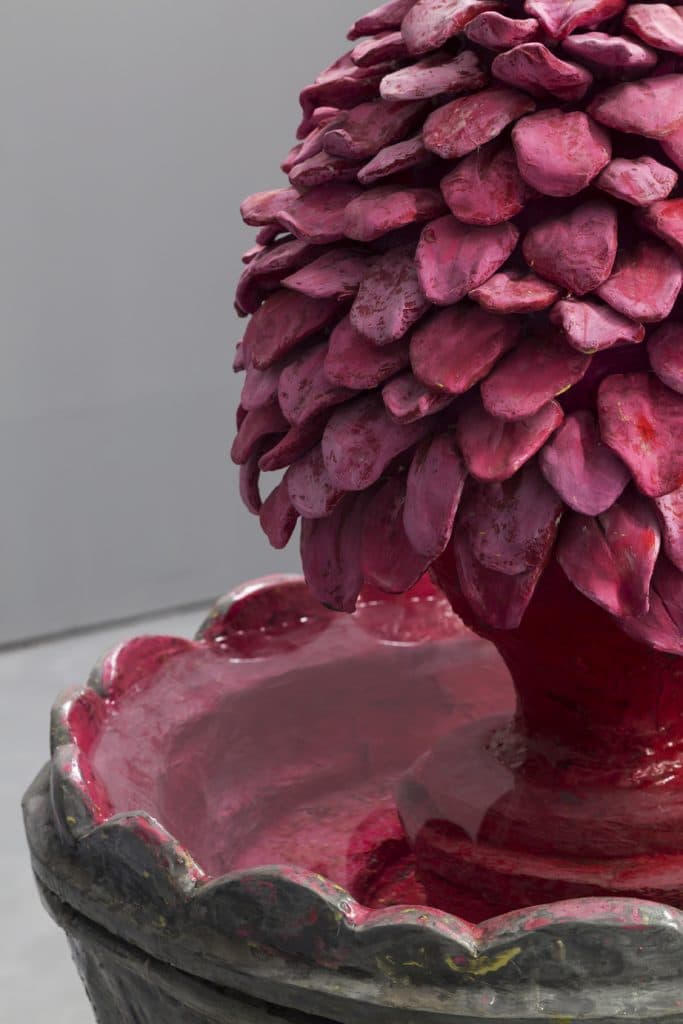 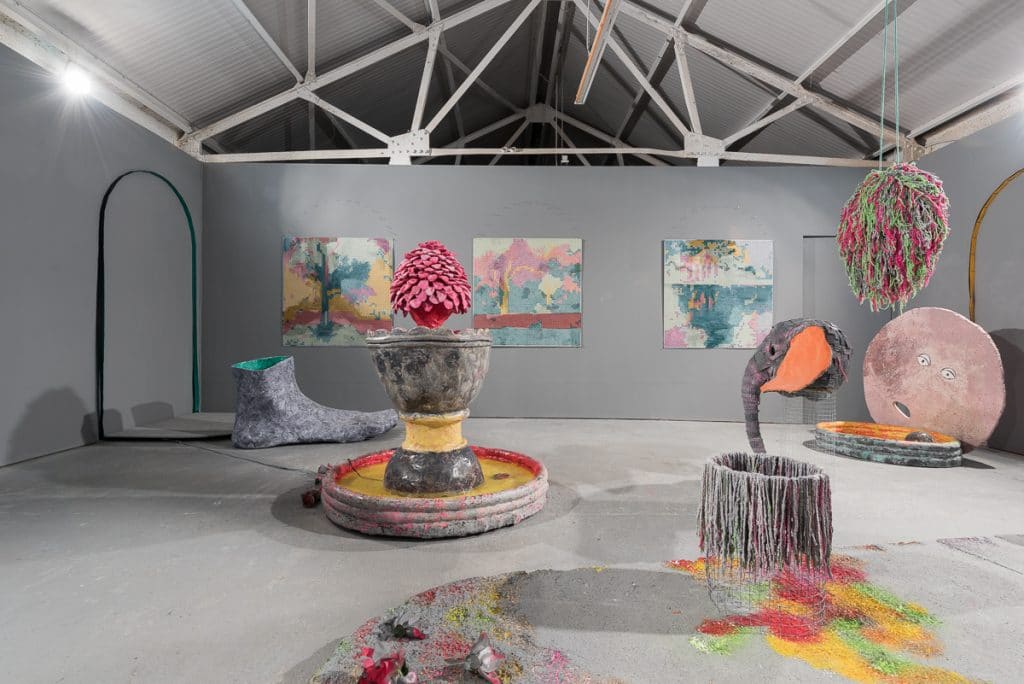 Your Fountain of Tongues sculpture was originally part of an immersive installation and performance. Do you think that the performance element is required to ‘activate’ the fountain, and do you consider the piece differently once it is reinterpreted in this new space?

Showing sculptures or performances in a new context is part of my process. I often treat works as if they are source material and so older works reappear in new projects. Of course, a sculpture will be different in new spaces because it was originally conceived as part of a specific context. In this case, the courtyard scene emphasises the relationship to the body and mouth- the site of drinking and talking and the sound of the water in that space was important for creating atmosphere.

The performance was part of the project’s narrative. I like that the sculptures can exist beyond their original context and carry with them a memory, whilst still possessing the potential to become something new, spurning new associations.

The digital GIFs from Lessness, still quorum are really visually exciting! Is it important to you that fleeting performances are rendered permanent within the digital realm?

I think the digital realm feels quite fleeting too. Although the works are permanently archived online, the audience usually only pauses briefly before they swipe down. I often make GIFs from documentation of performances, but I see them as a separate work, rather than solidifying or freezing the performance in time.

It is an important part of the process for me that the works cycle between different media. I like the notion that the GIFs are just constantly repeating and they make aspects of the performance (e.g. an idea of narrative) accessible to a wider audience.

You often confront how our online experience is changing sculptural discourse, how does this concept manifest itself within your work?

The GIFs are my exploration into this. I’m curious about how something three dimensional or live translates into digital space when it is archived, and how this footage can best suit the medium (the phone or computer) it is viewed in.

The photo flattened sculpture a long time ago. We all know this changes our relationship to it, but now it is more likely to be shared and presented as an image, rather than experienced as a physical object in space and live time. This is great for accessibility and I think we need to develop it as a language in its own right. We need to consider the complication of our audience being in the present spatially and potentially online in the future. 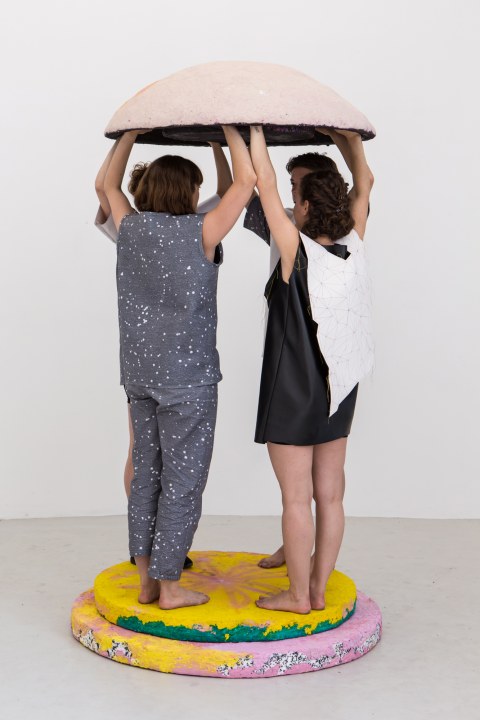 What piece of advice would you give to artists at the beginning of their career?

Stay busy, shut out the negativity and invent opportunities for yourself.

Do you have any exciting projects lined up for 2019?

I’m working on an installation which is informed by research I’ve been doing whilst in residence at London’s Warburg Institute. I’ve been exploring the endurance of esoteric ideas, the cultural heritage of tarot and its relationship to storytelling, rituals and symbols.

Lessness, still quorum, which was performed last September, was part of this project. I’m also working on a publication that accompanies this. More details will be announced soon! 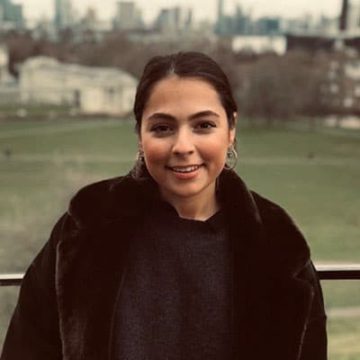 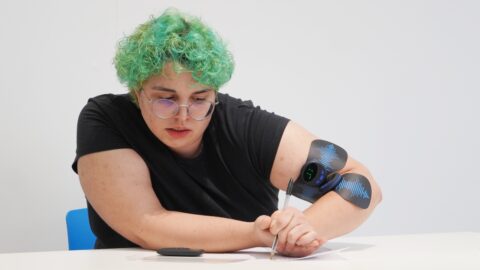 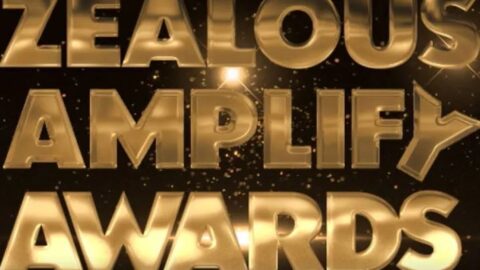 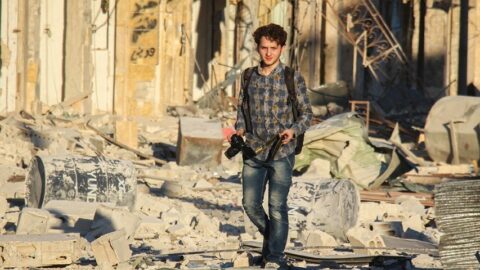